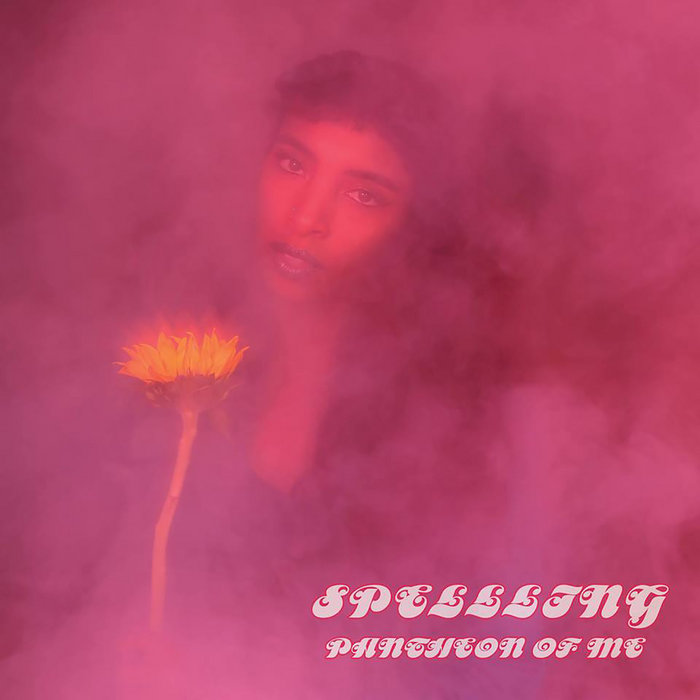 metamusichaha Really glad this album made it to vinyl! Favorite track: Bolt From The Blue.


Oakland. Freak Faith Folk. Let the spirit ride. Oakland’s Spellling (Chrystia Cabral) took the Bay Area scene by storm her first two years as a performing artist, with her demo version of "Pantheon Of Me" charting at Bandcamp’s #7 album of 2017. “Pantheon Of Me” demo received glowing reviews from Pitchfork, Tiny Mix Tapes, KQED, and was named one of 2017's top new local artists by the East Bay Express. This November, Ratskin Records is proud to release “Pantheon Of Me” fully remastered for all formats, first on 12" LP, followed by cassette and digital versions. “Pantheon of Me” combines dark freak-folk, neo-soul, industrial, and pop sensibilities into forty-two minutes of haunting, elegant dark vocal forward futuristic electronic music. Cabral recently released a 7’’ single on Sacred Bones Records, but “Pantheon Of Me” is her first full-length album, and we couldn’t be happier to be releasing it with the world on LP/Cassette/Digital this December.


"The songs on Pantheon of Me are fluid and nonlinear. They don’t oscillate between parts. They’re largely relieved of rhythmic underpinning. Instead they swell and billow outward, or else hover, wraithlike, in absorbing reveries. There’s gossamer guitar and streaks of stardust synth, beading keys and low-end murk. And sometimes the most stirring passages are spare save for one tone pulsing lighthouse-like in the distance. " - Sam Lefebvre, East Bay Express

follow her work and buy new recordings at:
spellling.bandcamp.com